Background: Preeclampsia is a global burden with 10 million incidences annually and 210 daily deaths worldwide. Diagnosis is mainly based on the features following full presentation.

Methods: In a prospective study, 294 pregnant women who were referred to Sarem Women’s Hospital, Iran were recruited. Systolic, diastolic and mean arterial pressures (MAP) were recorded (diurnally and nocturnally) in each trimester. Dipping was defined as a minimum 10% decrease in blood pressure.

Conclusion: This study clearly demonstrated blunted blood pressure dipping overnight during the second trimester which is a strong predictor of forthcoming pregnancy-induced hypertension and preeclampsia. A scoring system was developed to predict hypertensive disorder and it was significantly correlated with preeclampsia occurrence. 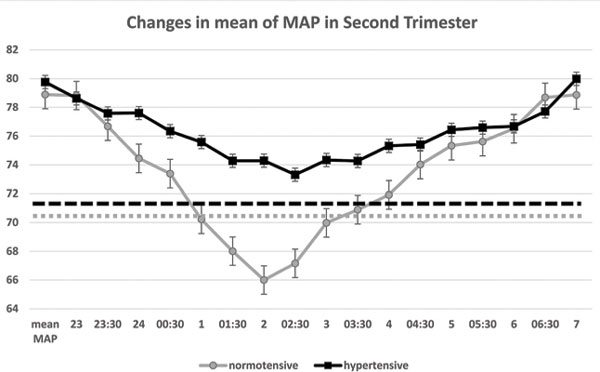