Marinobufagenin in Urine: A Potential Marker of Predisposition to Ethanol and a Target for Spironolactone


Background and Objective: Previously it was demonstrated that digitalis-like cardiotonic steroid, marinobufagenin (MBG), is implicated in the development of ethanol addiction in rats. We hypothesized that (i) levels of sodium pump ligand, MBG, would be negatively correlated with the amount of ethanol consumed by rats, and (ii) that spironolactone would oppose the MBG induced ethanol-seeking behavior and blood pressure in rats.

Conclusion: Levels of MBG may be a predisposing factor to voluntary ethanol intake. Spironolactone, along with antihypertensive effect, decreases ethanol intake. 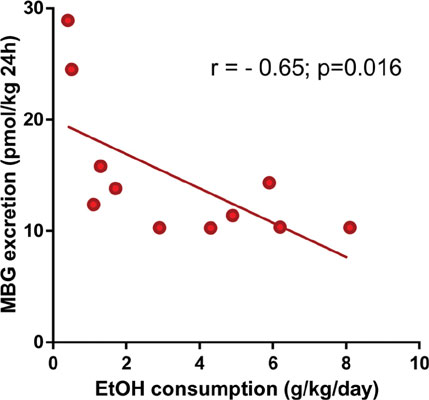